On 9 November 2017 Karl Hess GmbH signed the cooperation contract with the Gemeinschaftlichen Sekundarschule Burbach-Neunkirchen. The aim of this cooperation contract is to show their pupils the world of work and business by realising reasonable practical experiences. They get the opportunity to develop a realistic picture of workplace conditions and qualification requirements.
(Press release: https://www.siegerlandkurier.de/lokales/burbach/sekundarschule-burbach-neunkirchen-unternehmen-unterzeichnen-vereinbarung-9402684.html)
For the pupils could inform about HESS and the offered apprenticeships even at school, the apprentices of the 1st year got the project task to design a presentation board: beginning with the 1st development to the final production. Specified were: the implementation of the company presentation, a flyer compartment and, of course, the HESS logo for identification purposes.
Project team:
Production technologist Jannik Volmer:
responsible
IT specialist for system integration Louis Westermann:
Purchase and connection of screen and mini computers
Tool mechanics Tim Kessler and Finn Joel Schmidt:
manufacture of a couple of turned parts
Industrial clerks Louisa Daub and Sophia Voltmer
responsible for the presentation
After careful reflections and support of Christopher Förster - head of training on the job, the project responsible Jannik Volmer decided to construct a three-dimensional H with an integrated computer and screen. After the end of the planning and construction phase incl. the creation of a drawing, Jannik Volmer produced the basic pattern and construction pieces, made of chips, filled and varnished them.
During the drying of the building parts, further parts were constructed as e.g. the flyer compartment of makrolon, the logo holder, the base columns, the standing construction, the grid plate shaped H and the screen holder. Tim Kessler and Finn Joel Schmidt produced several turned pieces required for assembly. Out of all these partial pieces, the three-dimensional H was assembled. In a last step, Louis Westermann integrated the screen and mini-computer and installed the company presentation, which Louisa Daub und Sophia Voltmer developed.
The HESS apprentices introduced the completed project to the general management. The general management of HESS was quite impressed by the performance of the apprentices who had belonged to HESS for just 2 months at that time. Spontaneously, it was decided to produce another H for their own use (for exhibition and fair purposes).
previous next pause 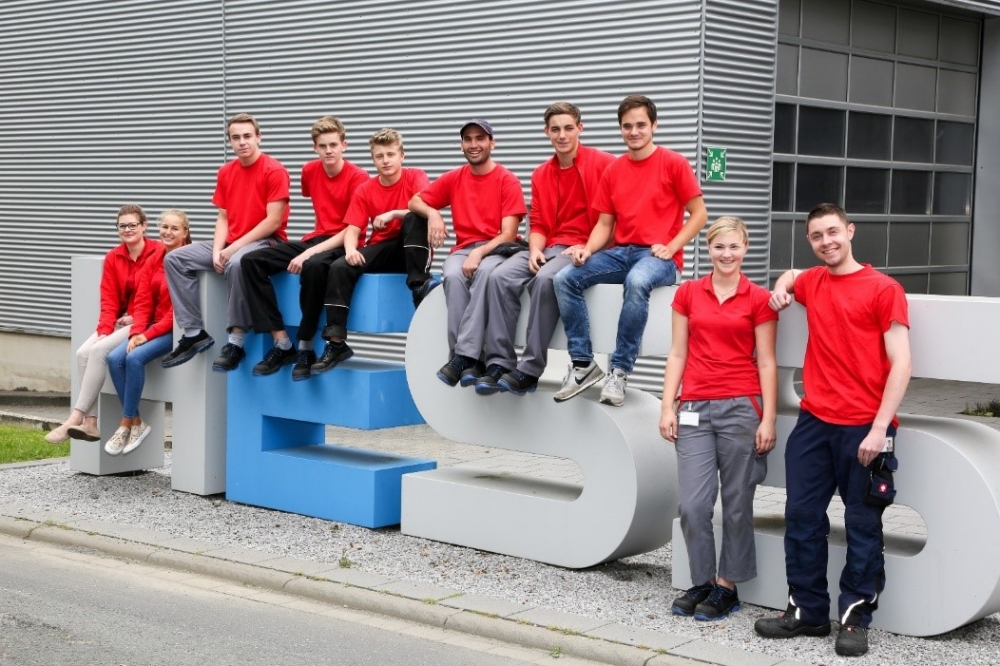 On 1 August 2017, Christopher Förster, head of training on the job, welcomed 10 new colleagues who started their job career as apprentices at HESS.

Besides the common apprenticeship professions, process mechanic for plastics and rubber technology, tool mechanic and commercial clerk, it is the first time that HESS trains an electrician for operating technology, a production technician and for the 2nd time an IT specialist for system integration. Currently, 24 apprentices are trained to specialists.

From 2018 on HESS offers a dual study programme in economic sciences. The demand for this kind of study has increased. Especially for young people with general matriculation standard or advanced technical college certificate and who don't know whether to study or to start an apprenticeship, such combinations are the perfect compromise. 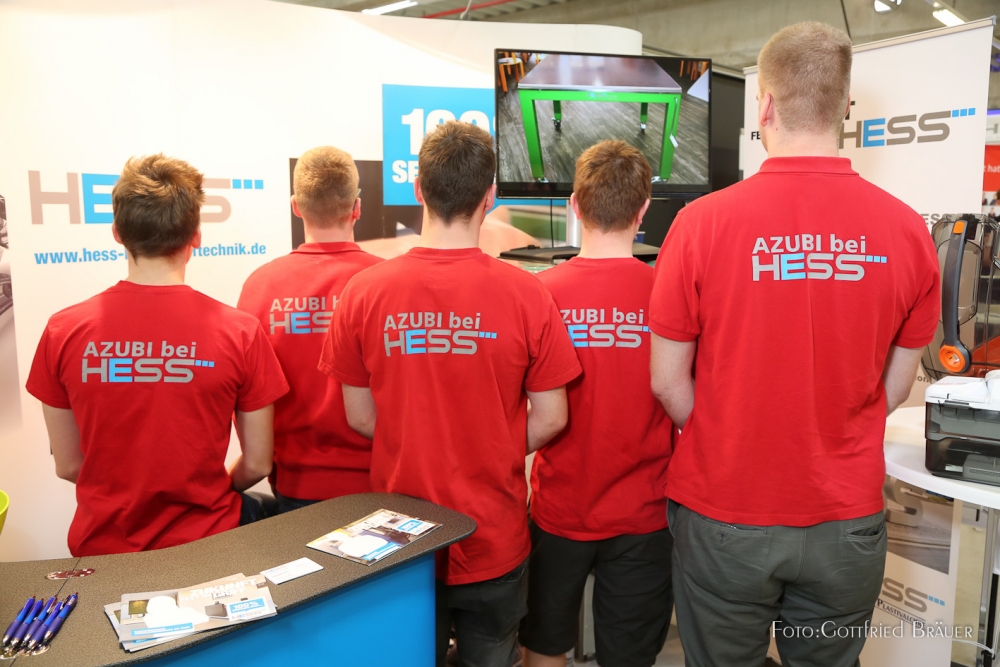 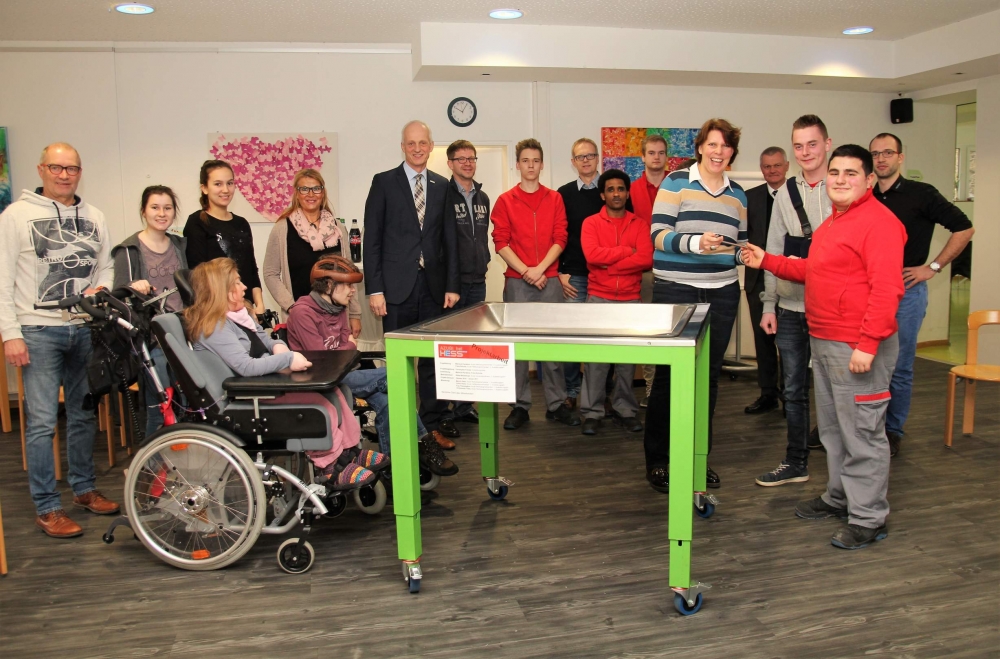 Due to the current situation, please note our rules for combating the corona virus. Please do not hesitate to contact us if you have any questions or if anything is unclear.
Thanks for your support!

We use cookies to make your online visit as enjoyable as possible. If you continue to use our services, we assume that you agree to the use of cookies. Read more